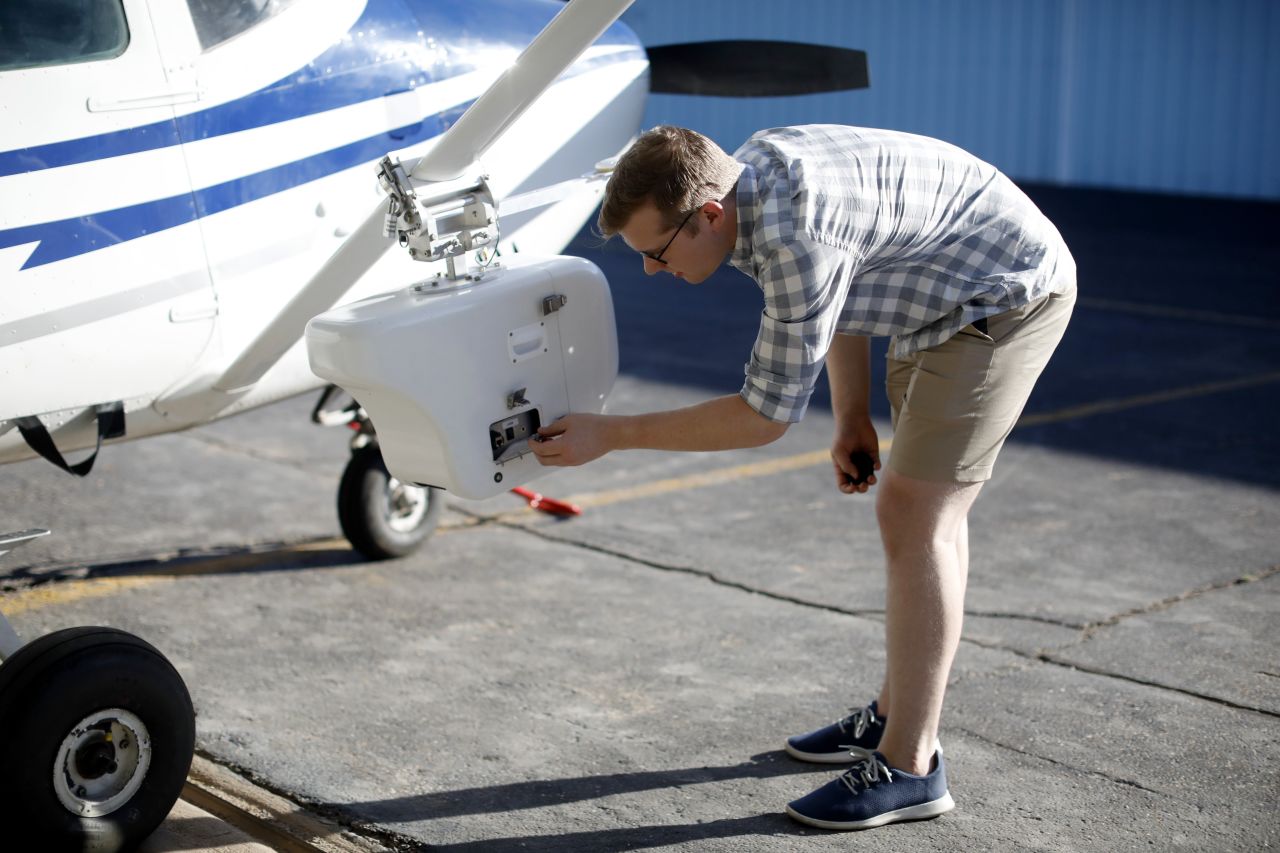 Enhancements in the technology have helped respond to the challenging operating conditions found in the province, including low lighting conditions, colder temperatures, and variable weather.

“Over the course of the project, we made numerous adjustments to the system to ensure reliability, reduce operating costs, enhance algorithms, enrich flight control software, and improve the tools used by our analysts. We believe the system is now ready for market rollout and ultimately wide-spread commercial implementation in Alberta,” said Ken Branson, Director of Product Strategy, Kairos Aerospace.

ERA committed $263,000 to the project through its Methane Challenge, a funding opportunity that targets methane emissions in Alberta’s oil and gas industry. The initiative aims to address the uncertainty in estimates of fugitive and vented emissions. It also works well with remote facility locations, which are difficult to travel between and require equipment that can be powered without access to electrical grids.

Surveying frequently for large leaks is more effective and efficient at reducing methane than conducting infrequent ground surveys. LeakSurveyor is easily mounted on light aircraft, making it faster and safer than helicopters or low-flying alternatives like commercially available drones.

LeakSurveyor records methane concentration data that is used to construct a plume image. It simultaneously gathers optical data, which is then combined with corresponding GPS information to provide site-specific images of methane emissions. This allows ground crews can go directly to a specific location to identify and repair leaks.

In one example during the field demonstration, imagery was collected over a period of three days in August 2018. Aerial surveys covered 675 square kilometres and took 12 hours to complete. Kairos identified five sites with potential emission sources; four were confirmed by an on the ground follow-up.

In 2020, Kairos expects to be performing monthly surveys for 40,000 wells, with a cumulative methane reduction potential of one million metric tonnes. It estimates LeakSurveyor can lead to reductions of 80 per cent of fugitive methane emissions from upstream oil and gas wells and facilities by 2025, with potential applications in midstream and other industries.