Imperial Project could reduce emissions by 90 per cent

Imperial is evaluating the first commercial application of its breakthrough Cyclic Solvent Process (CSP) following a successful $100 million, multi-year pilot project at its Cold Lake facility in Alberta. The process could eliminate the use of steam needed in extracting bitumen from oil sands, reducing emissions intensity by up to 90 per cent. 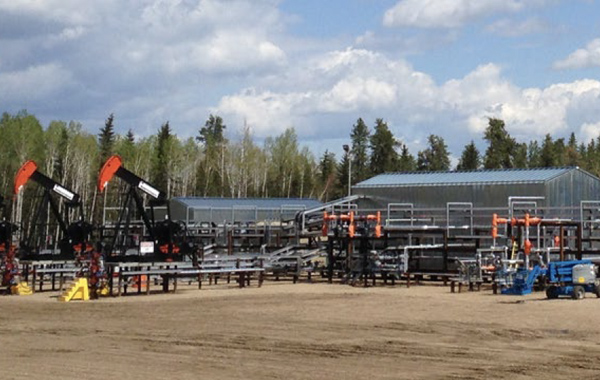 “At Imperial, we are committed to accelerating innovation and developing new technologies that will deliver industry-leading greenhouse gas and economic performance,” said Cheryl Trudell, Imperial’s vice-president of research. “Through this advanced oil recovery technology, we can significantly improve both environmental and economic performance of our future operations by eventually eliminating the use of steam.”

In 2012, Emissions Reduction Alberta (ERA) provided $10 million to co-fund the demonstration facility. Since 2014, Imperial has been acquiring data, checking viability and gaining operational experience with the technology. Now, researchers are working to confirm commercial opportunities.

“This is a great example of an oil and gas producer finding environmentally sustainable methods to continue to produce resources that we use every day. They are hoping to move the needle by recovering the same resource with up to 90 per cent less impact in terms of GHG intensity, that’s a big win,” said Vanessa White, ERA project specialist and director of recovery technologies with Alberta Innovates.

Imperial’s research team is leveraging the pilot results and learnings to further understand the feasibility of deploying CSP on a larger scale. The team continues to seek process improvements to deliver additional economic and environmental benefits. Technology development through applied research has been a long-standing focus at Imperial, which established its first oil and gas research department more than 100 years ago. The company is one of the country’s only energy producers with dedicated research laboratories focused on advancing oil sands recovery technologies to improve environmental and economic performance.

“Imperial did a lot of work planning the project. They had a strong structure in place from the start that was well thought out. They knew what they needed to learn, they had all the milestones determined, and there have been no major surprises along the way” said Dr. Mark Summers, executive director of technology and innovation with ERA. “It’s a project we had every confidence in to succeed. It’s a good news story.”