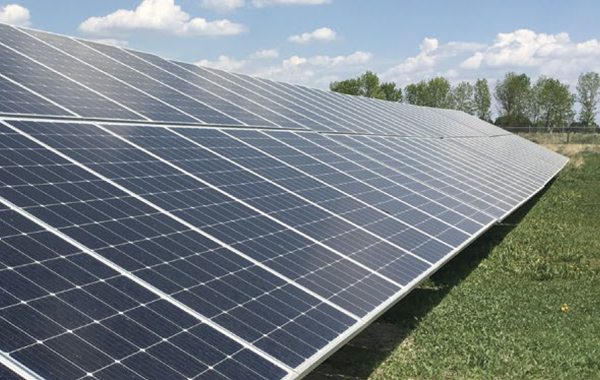 The first utility-scale solar project in Western Canada is generating clean power for the Alberta electricity grid and meeting performance expectations almost one year into operations. Brooks Solar spans 68 acres and includes 48,000 panels. At 17 megawatts, the facility can produce enough power for 3,000 homes.

Live data on how much electricity Brooks Solar is producing can now be accessed from the Alberta Electricity System Operator website. This is the first solar plant to generate enough power to make the list. Over the span of Brooks Solar’s 30-year life, emissions reductions of over 400,000 tonnes of CO2e are expected. And, it’s proving to be an example of future possibilities for solar in the province.

“These projects aren’t always cut and dry, especially something that’s first of a kind. You can’t just follow a playbook. It was a team effort: government, third-party contractors, community, ERA, everyone. This project shows that Alberta has all the resources, human and natural, to make projects like this work. Hopefully this is a good motivator,” said Jamie Houssian, principal of Elemental Energy, the company responsible for planning, securing financing, and orchestrating construction and permitting of the project.

The Alberta Climate Leadership Plan set a target of 30 per cent renewable energy generated in the province by 2030. While current economics suggest this will largely be achieved by wind power, global trends point toward solar as the long-term choice on costs. ERA is supporting solar projects in parallel with investments in wind power to help Alberta meet and exceed the provincial target.

“Solar has never been done at this scale in Western Canada. Proving that this type of plant can be permitted, contracted, built, and operated in an economically viable manner is a huge step forward,” said Chris Owttrim, project specialist, clean technology, ERA.